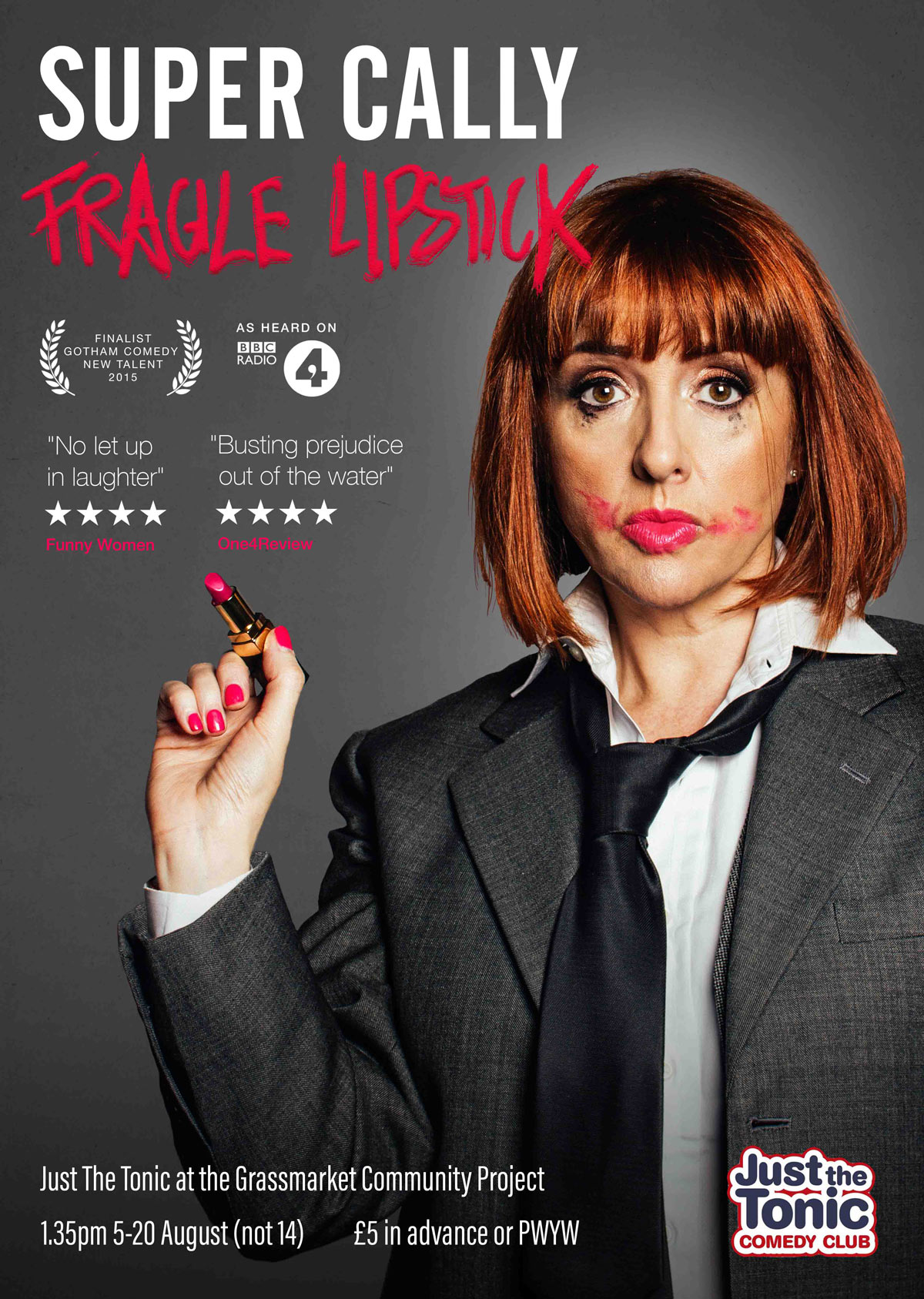 Cally is a natural storyteller full of intelligent, distinctive and punchline-rich material. Her act is a
rollercoaster ride of anecdotes, observations and stuff even your best mate wouldn’t admit to.

Cally is joining the line up on the 24th, 25th and 26th of May here in Comedy Cafe Amsterdam! Come see her and buy your tickets now!

Cally took her first show, Cat Call, to Edinburgh in 2016 with comedy partner Catherine Bohart, where it received a Malcolm Hardee Award. Her debut solo show, Super Cally Fragile Lipstick, was a sell-out hit at Edinburgh in 2017, receiving 4**** reviews, national press coverage and picked as Best of Edinburgh Fringe by The Arts Desk.

She has appeared several times on BBC Radio 4, including most recently on Museum of Comedy, and her first episode of QI on BBC2 is due for transmission in January 2018. She is a popular and seasoned speaker and MC on the corporate and after-dinner circuits.

Cally relishes engaging with live audiences and turning gender stereotypes on their head.

She is awesomely funny. And modest too.

But don’t listen to all this, listen to these people (only one of whom is a blood relation):