After years of working as a rapper, Mark Waumans takes the stage for the first time at the end of 2012 to try stand-up comedy. He immediately got a taste for it. Mark decides to leave his familiar life in Heerhugowaard behind and moves to Amsterdam. With his unique style and his unusual view on everyday things, Mark quickly catches the eye here.

Waumans was in the final of the Culture Comedy Award 2015 and during the Griffioen/Zuidplein Cabaret Festival 2015 Mark won the audience award.

From the jury report: “Mark is ‘certain’ on stage. He speaks fluently and with a straight face. He fires anecdotes and strong jokes at us at a rapid pace. And all that on one square meter.”

From a review in 8weekly: “Minimum with great effect. Assisted only by a single spotlight and his glasses, he puts on his entire show within the square meter. His jokes, however, fill the entire room with laughter; from applying for a job as a hobby to counting sheep, from taking pictures with you iPad to pin at charity. Waumans pushes the boundaries, but always gets away with it. Yet sympathy prevails: he is a smooth narrator and comes up with original angles. The audience eats out of his hand. With the audience award, he has in any case an encouragement to continue, because Waumans certainly has talent.” 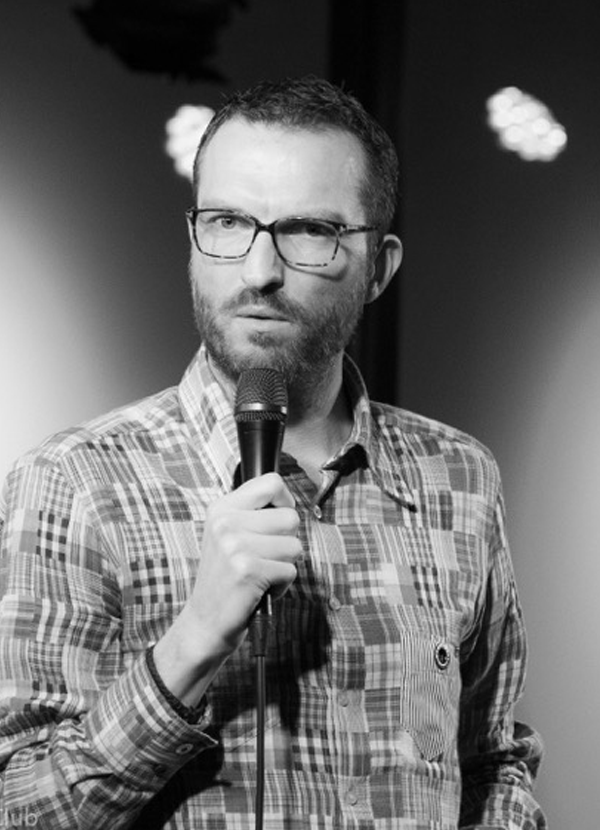